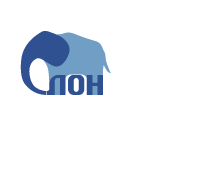 How did you find out about our Lab?

My University offered a fellowship to students who wanted to create and carry out a project with a professor abroad, and so I was searching for professors who study immigration, ethnicity, or public space.  I also wanted to practice and improve my Russian, and my school offered a list of American Sociological Society members. Professor Daniil Alexandrov was the only Russian professor and so I began looking into your lab. This is how I found all of your projects and realized it was exactly what I wanted to research!

I was specifically interested in working with Professor Alexandrov both because of his work with ethnic minorities in Russia and because of his support of ethnography as a teaching method for university students.

Could you tell us a little about your fieldwork  -- how it was organized? What did you do in schools?

Initially I planned to conduct an immersive ethnographic study of a group of non-Russian students in one school in St. Petersburg. I thought that I would follow these students throughout the year, interviewing them and understanding the intricacies of their experiences. But after first discussions with Daniel Alexandrov and other people in the Lab I understood that it would be better to start observations in several schools, and later choose one or two for more detailed analysis.

My project was broken into two parts, a three month long participant observation and a series of in-depth interviews. When I first came to the Lab, I had to be connected with students and professors who could teach me how the Russian school system worked on a daily basis. Most importantly, I had to actually be connected to the schools, to get access there. People from the Lab introduced me to school directors and provided me with the necessary paperwork to fulfill safety needs. As I conducted my fieldwork, I often made mistakes and hiccups. I have been meeting with Professor Daniel Alexandrov and Dr.Valeria Ivaniushina on a regular basis to discuss my findings and obstacles that I encountered in my fieldwork. Other people from the Lab also often helped me.  Having a group of people I could rely on to answer my questions or help me elicit a response from a taciturn student, greatly helped my research process.

From September through January I conducted participant observation at three schools (eventually settling on two for my project's focus). Then from January to the end of June, I conducted in-depth interviews with students and teachers.

What were your ideas about the project when you came? Was everything as you expected?

When I first came to Russia, I actually expected a difficult process of connecting with schools and beginning my research, but because the Lab already had a list of schools [with high number of non-Russian migrant children] and gave me recommendations, it was very easy! In the field, I was more surprised by which students wanted to interview and which would avoid my questions for months. I also expected students would feel more comfortable speaking alone, when often they would prefer to interview in groups.

The thing that surprised me the most was how after weeks of analysis I finally saw a pattern in my data and was able to analyze that pattern and find comparable findings in other research. I guess it really does work out in the end!

So what did you find out in this work?

I thought that St. Petersburg is an especially interesting case study because in the United States we see minorities in terms of race which we define almost solely by skin color and certain facial features. I would be interested in seeing the definition of ethnic differences when skin color is less of an identifying feature and the ways in which ethnic background can and are defined.

My research focuses on the boundary work of students. Specifically, I found that students would engage in different forms of boundary work depending on their possible selves. I hope to publish a paper on this topic in the near future.

Tell us about that year in Russia - how did you like your stay?

My year in Russia was amazing! I am still talking to everyone I meet about the different experiences I had. I think doing research and living in the dorms especially was such a great way to really engage with my Russian peers and learn more about myself along the way.

I would like to say that I have a personal interest in my study. Although I grew up in the United States, I was born in Kazan, Russia and so am a child of migrants. Additionally, I moved around quite a bit as a child and have had experience in both heterogeneous schools and homogeneous schools. Divisions between racial groups defined many of my experiences and now I would like to be part of the effort to mitigate the negative effects.

Right now I am working in the communications department at Tahirih Justice Center, a nonprofit dedicated to serving courageous immigrant women and girls fighting for justice through legal, policy and social service work. In the future, I hope to continue working in the immigration field, perhaps focusing on gender and immigration.