Olya Yarygina and the Danish Chronicle

The Lab's column, in which we tell you how our research interns, graduates of the St. Petersburg Higher School, are doing

For more than half a year I've been studying in "IT and Cognition" program at the University of Copenhagen. I had very little time to go to the university for real and my classes go through Zoom almost all the time. First I'll tell you how I got there. During my undergraduate studies, I had been helping in the Laboratory, working with Ilya Leonidovich Musabirov and was very inspired by the older guys who went to study for their master's degree abroad. At the beginning of last year, Stas Pozdnyakov returned from Denmark and told me about studying at Aarhus University. When I was advised to choose a couple of universities and try to apply there, I did not believe that I could do anything. In February I got the cherished letter that I was given a scholarship to the University of Copenhagen for the program I most wanted. At that moment I almost choked with happiness, and to be honest, I think I still have not realized it all :)

I really like my program! During my sociology studies, I attended a Data Science major, and I realized that I liked studying human-computer interaction. So IT and Cognition was the perfect choice. I have a lot of technical courses, like Introduction to Data Science (which is not such an Introduction), Vision ad Image Processing, Natural Language Processing, and so on. Large part is dedicated to Cognitive Science, where we learn how humans perceive information, how they learn, which part of the brain is responsible for what, what multimodal communication is, and many more things. This semester I have only one course to choose, and next semester I have three. Here the choice of courses happens in a particularly interesting way. You can choose literally anything, at any university in Denmark. The main thing is that the subject is in English and fits the credits. At the same time, it's very cool and very hard to decide in such a variety of options. Also in Denmark is a ridiculous grading system. It is a seven-point system, from -3 to 12! 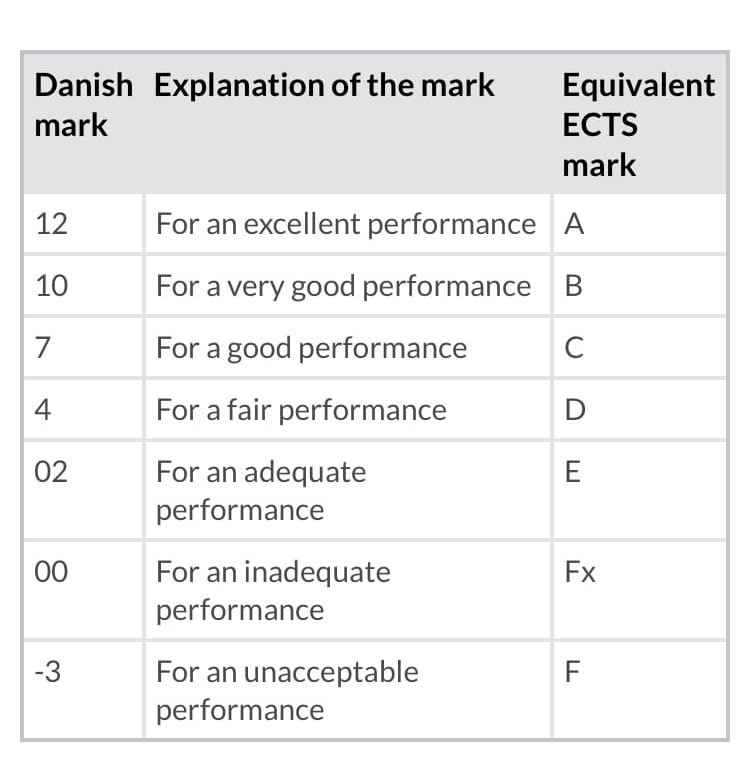 Learning is very interesting, but also very difficult. Sometimes because of the abundance of technical details that you have to dive into, sometimes simply because of the amount of work that needs to be done. Most of all, though, because of the distance format. I also got a job as a teaching assistant at another university, and it turns out that it's even harder to teach online than to listen. Nevertheless, I still love my studies, and it's an incredible experience.

I have wonderful and very interesting classmates. We have a multinational group. We are about 25 people, and probably a third of us are Danes, 4 people from China, and the rest are guys from different parts of Europe. In general, there are not many Russians in Denmark, but in my group, there are suddenly 4 Russian-speaking people. One girl from Khanty-Mansiysk, and young people from Hungary and Greece. Also, almost everyone in my group is older than me. I am 23, and my classmates are mostly 26-27 years old. And we are all very different. Because the program is interdisciplinary, the background of everyone is different. Someone came from linguistics, someone from Computer Science, someone from chemistry or directing.

Now a little bit about Denmark. Copenhagen is a very beautiful city and it's very small. I walk a lot, and I think I walked around all its streets several times during six months. Also in Denmark, everyone gets around on bicycles, and I like that! I think I've seen more bikes in my first week in Denmark than I've seen in my entire life. I now have a friend on wheels, too, and I happen to love biking so much that I've only taken the subway 4 times in six months. The Danes themselves are smiling and friendly, but still pretty private.

Denmark is also an expensive country, and for the price I pay for a dorm room, I could rent an apartment in the center of Moscow. The prices here are high for any kind of entertainment, be it museums, park admission, or cafes, so I don't get to spend my leisure time like in St. Petersburg, going to the Hermitage almost every month. However, as long as everything is closed, it's not so frustrating.

My university is closed for distance learning until September 1. I really hope that next year everything will open. I want to feel the real European life and to communicate more with classmates; to work with different interesting things, which are usually used to conduct experiments on different subjects. For example, with virtual reality goggles, or eye-tracking and motion capture systems. Of course, I want to know that I can safely come home for the vacations, or build at least some kind of social network. All the same, it turned out to be very difficult to move around in conditions of complete quarantine. But I'm not discouraged!

If you have any questions, be sure to write! I would be very happy to tell you something or give you advice.