The Laboratory has presented its report on the “School choice” project at the International Conference held by the European Association for Education Law and Policy (ELA) in Lisbon.

The laboratory has now been studying parental school choice for several years. Our team focuses on the signaling systems that form between schools and parents, and examines how schools present themselves; for example, during Doors Open Day. We study how parents react to these signals while deciding which school to choose for their children. We published two new articles on this topic in December 2018, and have been working on the new publications since.

In January 2019, the final report was submitted to the Russian Foundation for Basic Research (RFBR), the organization that had been supporting our research for the last three years.

Even though the project came to a close, and we will not be supported by the RFBR anymore, we are planning to continue developing this area of research and possibly publish more of our findings, using the abundance of empirical data we managed to gather. Our current findings were presented at the International Conference of the European Association for Education Law and Policy by Svetlana Savelyeva.

This was the sixth conference held by ELA. Among the board members are well-known researchers in the field of international education policy, such as Jan de Groof, a renowned expert in international and comparative education law, who contributed to education legislation in several countries. The conference also boasted such participants as Eric Hanushek, an influential economist, as well as Charles Glenn from Boston University, who published a whole number of books on school choice, migrant children and educational reforms.

The annual conference is intended to focus on the issue of school choice in different countries, its mechanisms and results, as well as educational reforms at varying levels. The conference typically includes about 150 participants from various areas. Apart from scientists, practicing educators and those working in the field of education policy, law specialists constitute a substantial share of participants. Up until now, the conference had always been held in the USA, which made it more relevant and accessible for participants from America. This year the goal was to increase the number of participants from Europe and Asia, and, therefore, the conference was moved to Europe for the first time. This gave us a unique opportunity to present the results of our work to the international research community, and receive both positive feedback and useful critique.

We managed to get a lot out of those three days at the conference. Besides the fact that not all of the sections demonstrated high analytical and methodological levels, some of the presentations were truly useful and inspiring. We were especially impressed by the sections organized by Vanderbilt University, showcasing a great example of thoughtful and evidence-based education policy. One of their presentations talked about a programme introduced in South Carolina, which aimed to increase the academic performance of students at disadvantaged schools. However, after a year of implementation, the researchers discovered that the programme was affecting the academic performance negatively. Moreover, in just one year that negative impact doubled, which lead to the current re-evaluation of the programme and its analysis.

If you have ever been to a conference, you must know that some of the greatest conversations happen behind the scenes, during the coffee breaks. It is the less formal  networking events that really allow the interdisciplinary dialogue to unfold. We discussed the criteria for choosing a school, as well as the best approaches for studying this process, applied by our colleagues from different countries. These conversations are extremely valuable, since they help to define whether the research topic is relevant, and provide a unique comparative perspective.

We would like to express our most heartfelt gratitude to all the students who have greatly contributed to this project, including research interns of the Laboratory, volunteers and project team members. We hope that the project will continue to grow. We are already working on ideas for future development.


Meanwhile, this Saturday Russian schools started the second wave of applications, which is when most parents will be trying to get their children into their desired schools. We wish them the best of luck and a lot of patience!

About
Laboratory of Sociology in Education and Science
About persons 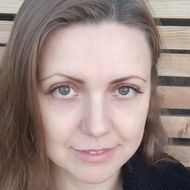