Almost two weeks, from the 17th to the 28th July, Ksenia Tenisheva spent in Berlin, at the Summer School in Social Sciences.

Ksenia shares her impressions: this School puts an extremely ambitious goal before its listeners: improving skills in linking the theory and the practice. In addition, it also stimulates them to discuss and try overcoming the gaps, which have existed in the social sciences for many decades: gaps between positivist and phenomenological paradigm, between macro and micro approaches, and others. Any researcher knows that these are the weak points in sociology (and not just sociology alone), and it’s very important not to turn a blind eye to these problems but to try and find a solution. At least, a solution at one’s personal level, if not a global one.

The School is aimed at graduate students of any year of study, but I want to say at once: this School will be of most use to those of them who have just started working on their thesis and still are able to change much, from the theoretical framework to the methodology. In this aspect, the listeners who have almost finished working on their theses, like I, didn’t benefit from it that much. Now to tell more about the School. It lasted almost two weeks and was divided into two parts, each a week long. 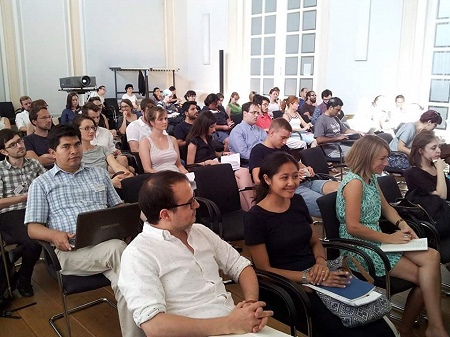 The first week was devoted to the main topic of the School, “Linking Theory and Empirical Research”. Every day we had a new topic to discuss, five topics in total: Epistemological Foundations of Methodological Paradigms; Concepts as Building Blocks of Theories, Linking Micro and Macro Perspectives, Causation and Explanation in the Social Sciences, and The Role of Intuitions in Theory Formation. I really liked this idea: every day was opening with lectures from two researchers who were representing different approaches, and this was giving us food for thoughts and for vivid discussions at the group workshops. The second week was more like a conference. We were divided into four groups that focused on different thematic areas, and every day three or four participants were giving a twenty-minutes long presentation each on their thesis projects. The visiting professors, who were experts in these respective areas, and other listeners were asking questions and giving their advice on improving these studies. I was giving my presentation in the group on Citizenship, Migration, and Social Inequalities. Other groups were focusing on problems of Europeanization, globalization and democracy.

Things I liked at the School

I still think that the idea of the School was just brilliant. It would be really fascinating to have a course with a similar structure at the first year of our graduate school. The discussions that focus on such topics and problems would really help in writing better and more thought-out theses. 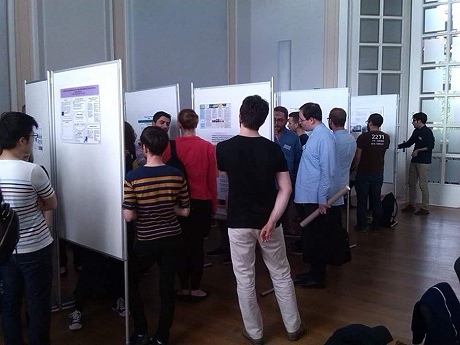 Most of the guest speakers. To tell the truth, before the School I almost haven’t heard about any of them, but these researchers and their methodologies were really interesting, with sometimes quite radical and unorthodox views on the problems. It’s very important and very pleasant to listen to such people: one wants to learn from them.

Lots of additional events, from a tour to the Bundestag to a tour of the Berlin night clubs (for those of us who were willing to try their luck with the reportedly severe and unpredictable face control at the entrance). The School organizers even reached out to the activists of a movement for the civil rights for refugees, and they gave us an "alternate tour”, described the hardships they had to face, and showed us where they live (however the entrance was only for refugees) and work. And I need to mention that these were not Syrian refugees. According to them, the authorities now infringe on their rights even more than they do for the Syrians. This makes one think.

In my opinion, there wasn’t enough of in-depth discussions of the issues. Basically, we were just talking about the lectures and about the questions that they raise. But if we want to learn to link theory with practice, and link a macro-level to a micro-level, we need to train, need to try applying the newly acquired knowledge to specific topics, and discuss the best ways to do that. I would like to see more of discussions and arguments, and less of our pluralistic views “Yeah, I guess, your point of view is valid, too” :-)

There wasn’t enough time to talk to all these wonderful lecturers and professors. Most of them came just for one day, but we could make an appointment with just one of them long in advance, in May, when we didn’t know yet anything about them (well, I didn’t know for sure), and I had no idea who of them would be more interesting and useful to me. For example, Karin Knorr Cetina, the keynote speaker who was at the School just for one day, does an incredibly interesting research, both in terms of the topic and methodology. And her talk on intuitions in theory making was based on the literature, which is very close to my way of thinking, including the well-known Kahneman. If only I knew about this in advance!..

Finally, there was a large bias towards the participants who work within the qualitative paradigm. I have nothing against the qualitative research, on the contrary, I love it dearly. But too often we just weren’t able to understand each other. We couldn’t even argue in terms of the classical dichotomy of the "qualitative approach” versus “quantitative approach”: rather, we just weren’t able to find common ground, and we perceiving the lectures in completely different ways. I think that a better balance between representatives of these two different methods would be very useful for the School, which is focused on methodology.