Ksenia Tenisheva tells about the international conference of the European Sociological Association in Geneva, where she presented the results of the SESL studies together with Daniel Alexandrov.

Ksenia Tenisheva tells about the international conference of the European Sociological Association in Geneva, where she presented the results of the SESL studies together with Daniel Alexandrov. 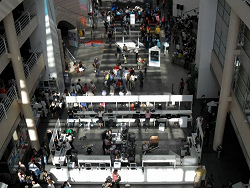 From the 7th to the 10th September one of the main sociological events in the last two years – the conference of the European Sociological Association – took place in Geneva, which is the unofficial capital of Switzerland and home for headquarters of UN and the Red Cross. There were about 2800 participants associated with a wide range of social sciences, sociologists in the first place. We couldn’t miss such an important event and came to Geneva to present our papers. There were 35 research networks and 29 research streams organized, which gathered 3 times a day giving the participants an opportunity both to share their own experiences ad to find out more about scientific discoveries of their colleagues.

This was the first conference of such scale for me. At the very first day it became obvious, that first of all this is a great international space for the meetings of scientists who work in the same areas. Here we could find like-minded persons, critics and other people who are just interested in our research. Among the real “stars” of social science there were Hans-Peter Blossfeld, Bruno Latour, Georges Felouzis in the conference. We also were fortunate to meet Mieke Van Houtte – Belgian researcher who visited or Lab this winter. In the educational research network she was one of the chairs as well as Vassiliki Kantzara, Christian Imdorf and Jao Sebastiao who we also got known during the four days of the conference. Mieke Van Houtte introduced us to her students from Ghent University. They presented the results of their PhD projects in Geneva and advantageously differed from many other presenters due to the quality of their researches and presentations. 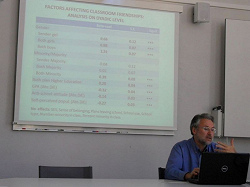 In such a big event we couldn’t help have some unexpected and really pleasant meetings. We met plenty of our Moscow colleagues form HSE, including Vladimir Magun and Christopher Swader. Not long ago we spent together two weeks in Pushkin studying multilevel analysis, emancipative values theory and tricks of programming in R as a part of LCSR summer school.

During the conference we presented three papers in three different research networks. On the session dedicated to the mixed-method research we spoke about the prospects of the application of frame notion as a boundary object of between qualitative and quantitative methodologies based on the experience of our study of the educational choice of rural students after the 9th grade. Daniel Alexandrov presented the results of the research on the relationship between youth cliques and anti-school culture in Russian schools in the «Youth and generation» section. In the research network on migration and integration professor Alexandrov explained the features of students’ sorting on our educational market and its impact on the migrant children. Famous German sociologist Steffen Hillmert also presented in this session. It was very important for us to discuss with him the results of our research and opportunities for further cooperation. He investigates different aspects of the impact of migration status on education using PISA dataset among the others. We are also going to work with this database.

We found new colleagues – Portuguese sociologists who work on the same topics and use almost the same methods as we do. Do to this meeting we realized new prospects of the interaction with European researchers. For me it was really important to meet German student Lilia Leopold. She is interested in the same research questions as we do and works together with Irena Kogan, Yosi Shavit, Voler Stocké and Hans-Peter Blossfeld – our colleagues from Germany and Israel who deal with the problems of migration, integration and educational choice – the core topics of our Lab.

The working meetings were diversified by interesting non-scientific events to let the participants forget about sociological problems and to relax for several minutes. To my mind the most unusual idea was to invite acrobats to perform during the lunch breaks. One of the main amusements for all of us were the walks in Geneva. This is a really wonderful city with a centuries-long history. From almost every point of the old city ne can see the Geneva Fountain, one the biggest in the world. In the very heart of the city is located Saint Peter Cathedral which still remembers Jean Calvin’s presence. Probably, the main disadvantage of the city is its expensiveness. Geneva is really full of qualitative products and it offers the superior service, but one has to pay for it significantly more than in other European cities, apart from Oslo. 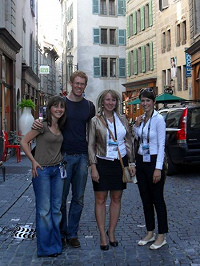 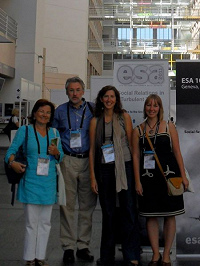 The conference became a significant event in international sociological community’s life. We presented the results of our research to interested scientists and were able to understand what place our projects take in European context, we found new colleagues and new opportunities to organize international comparative studies. We saw that our research is on the cutting edge of social studies.