Joint Project of Sociology of Education and Science Laboratory and St. Petersburg Centre for International Cooperation of the Red Cross and UNICEF

The laboratory has completed the research project on children - non-citizens in St. Petersburg.

The laboratory has completed the research project on children - non-citizens in St. Petersburg.

Monitoring of the situation of children whose rights are not protected by law (because their parents migrated from the countries of the former Soviet Union to Russia), was organized by UNICEF with the support of the St. Petersburg Centre for International Cooperation of the Red Cross. 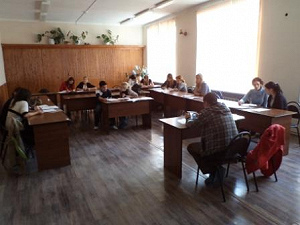 More than 600 students from St. Petersburg’ high schools were interviewed by students and researchers of the Laboratory. Half of the respondents do not have Russian citizenship. This data were supplemented by a series of interviews and focus groups with children - non-citizens. In addition, researchers have collected more than 20 interviews with government officials connected with the problems of migrant children in St. Petersburg.

The project lasted about six months. In May 2011 the laboratory staff began to develop a questionnaire instrument and conducted a small pilot study. Techniques of focus groups and interviews were trained in the pilot survey. In summer when students were on vacation work was carried on by interviewing experts and the preparation of a full-scale survey in September. From the first week of September daily work of groups  of researchers and students in schools in St. Petersburg started. The work was so intense that 3-4 groups with 6-8 interviewers in each were in the field.  The survey data encoding and transcription of the interviews was conducted simultaneously. Such intensiveness has allowed to gather the necessary material in a very short (less than a month) period. 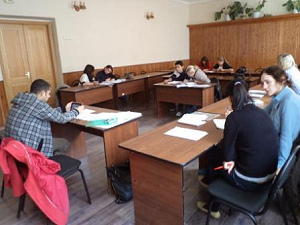 In addition, working committee of representatives of executive authorities (key agencies and organizations of St. Petersburg, which deal with issues related to migrant children) worked together with the team of researchers. Joint work allowed to get easy access to the representatives of the relevant committees and departments, as well as with major Diasporas in St. Petersburg. In addition, joint discussions helped to make the text of the study accurate and clear.  Experience of working with the this kind of commission was unique and proved to be productive. At first it was difficult to establish communication between various professional communities, but later it ended up with a productive dialogue. Comments of individual members of the committee were of special interest and helped the researchers to finalize the report.

Laboratory research team would like to thank all the schools which participated in this project. The researchers are especially grateful to social workers, who have provided active support to the project. In addition, we thank all the members of the working committee - your comments, additions and criticisms have helped to improve the quality of research really much.

The first results of the project were presented by Professor Daniel Alexandrov at the conference "International migration of population in the former Soviet Union: Trends, Consequences and Prospects", which was held in Moscow in December (more information can be found here). A press conference on the results of the project in St. Petersburg, and the round table under the project "Cities Child Friendly" is scheduled for February 2012. Full and summary reports of the study in two languages will be published in early 2012. Immediately after the publication the texts will be posted on the website of the Laboratory.