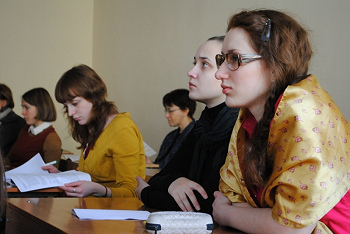 IV Interuniversity Student Conference “Sociology in Action” took place on Thursday, March 1, 2012, at HSE - St. Petersburg. On March, 2-3 the conference continued with reports of professors and researchers of the Department of Sociology which celebrates its 10th anniversary this year.

The conference started with a speech of Vadim Volkov, Ph.D., Professor of European University at St. Petersburg and scientific advisor of the Institute of Law Enforcement. The topic was announced as following: "From the Explanation of the World to Changes: the New Sociology of Law." After coffee break students and professors went to various sections. In total there were 10 sections and each of them consisted of several panels.

The researchers of SESL presented the results of collective and individual work in the 10th section "Contemporary Studies of Education: Problems and Methods" (headed by Daniel Alexandrov and Svetlana Savelieva). Students and researchers of the Lab as well as representatives of other universities of St. Petersburg and colleagues from the Moscow HSE presented their works in this section. 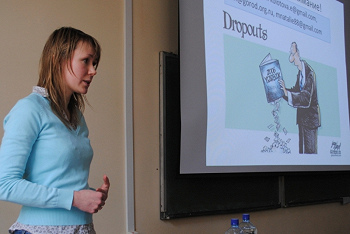 The section began with the report of Elena Kolotova (HSE, Department of Sociology). She presented the results of her study of the phenomenon of dropouts in Russian universities. The study found that bachelors often expel because of academic failure, but they return after some time very often (74%), by contrast, graduate students often leave the university without any evident reason and are rarely resume (29%). The study revealed the relationship of the system of academic selection (Unified National Examination and various tests) and their subsequent dropout. The most patterns that are observed in the foreign countries (the influence of sex of the student and years of training) are the same in Russia, according to Elena’s study. The research also showed that the expulsion depends not only on the efforts of students, but also on institutional environment and educational climate created in the university. 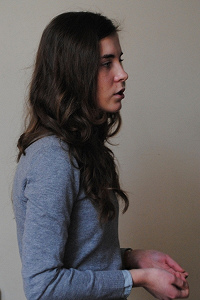 Maria Petrova (HSE, St.Petersburg) spoke about tracking and social selection in the local educational systems. selection occurs in a developed infrastructure and availability of schools in the competition (the differences of status of schools and their results), tracking occurs where there is limited choice of schools and there is more than one class in parallel. It turned out that the class plays an important role - it constructs educational aspirations and defines its academic choices. The work used data collected by Laboratory. 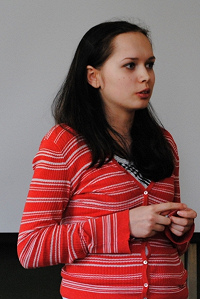 Natalia Maloshonok (HSE, Department of Sociology) proposed a new methodology for the studies of student engagement in the learning process. Existing methods do not allow comparing schools directly because the index is influenced by the size of the school and institutional conditions in it, so Natalia suggested to associate index with the academic performance. This approach has advantages and disadvantages, as Natalia noted. The disadvantage is subjective - it is impossible to verify compliance of the indexes with reality; and advantage is the reflection of the academic and social aspects of the engagement, the use of statistically reasonable assignment of index weight, the ability to compare schools and departments by the degree of student involvement. 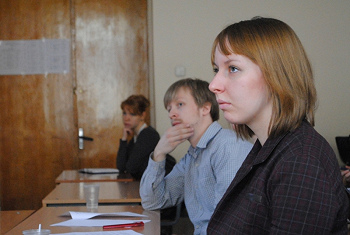 Ksenia Tenisheva (HSE, St. Petersburg) presented her model of the influence of socio-psychological factors on educational achievement and educational choice. In recent studies social and psychological factors have received less attention, so with the help of structural equation modeling (SEM) Ksenia has developed her own model which includes social, psychological and socio-economic factors. It has been proved that those and other factors have a significant impact on academic performance and educational choices of students (in some cases indirectly, for example, mother's education is the key socio-economic factor, but it influences indirectly through motivation to study). 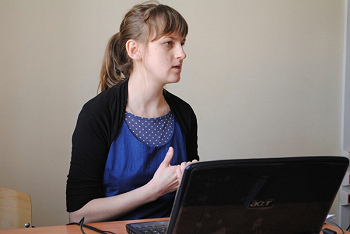 Daria Khodorenko (SESL) presented a report on the impact of socio-psychological characteristics of teachers on students achievement. Daria presented the results of collective research project of SESL. In the analysis she used data collected in the schools of St. Petersburg and Leningrad region in 2010. It was proposed to allocate the following criteria for the study of the quality of schools: academic culture, identity, efficacy, confidence that the actions will lead to the expected result and the level of satisfaction of both groups: teachers and students. The analysis revealed that students’ sense of belonging is positively associated with their involvement in the educational process. Student’s achievement is positively correlated with the sense of belonging to school. The higher is the level of satisfaction with the school - as higher is the sense of belonging among schoolchildren. In village schools this pattern is even more evident than in lyceums and gymnasiums, but the difference between village and city schools were not mentioned. 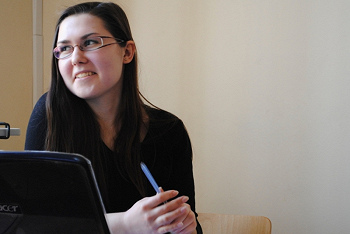 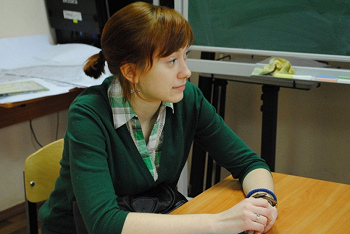 The problem of organizing home-based kindergartens in Moscow was raised by Elena Konobeeva (HSE, Dept. of Sociology). Her report was called "Private Services in Preschool Education." An acute shortage of places in public kindergartens prompted researchers to analyze this phenomenon; it became clear that there is a whole range of legal issues that hinder the implementation of this activity. Constraints to the development of the business were identified as following: semi-legal existence of home-based kindergartens, lack of access to budget money, discriminatory policy in respect of the commercial sector, excluding private service sector of the educational process and the lack of those benefits that are available for public education sector. However, this business should be developed, as private kinder gardens solve the problem of employment of working mothers, professional teachers, nurses and the elderly. Also, in such kindergartens are plausible institutions for developing new author programs and techniques for working with children. 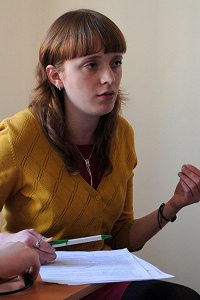 The last speaker was Anna Isakova (St. Petersburg State University, Department of Sociology). She discussed her plans of writing a thesis on the topic "Involvement of Russian Students into European Educational Space: Historical and Sociological Analysis." Anna plans to study Russian students in terms of their socio-demographic profile, behavior and life strategies, and the receiving environment (university, country and society) and to take into account the historical perspective in the Russian and European systems of higher education. Her aims are to find out the opportunity to increase cooperation between universities, improving the possibility of recognition of diplomas and periods of training and encourage mobility of students, teachers and researchers. The report caused a vivid discussion during which colleagues shared ideas and gave pieces of advice.

In general, during the first day almost the whole field of education was covered: from kindergartens to higher education. The reports were closely linked which contributed to a fruitful discussion after the presentations. This year the section organized by the Laboratory has turned out to among the largest and the most popular. After the presentations all participants and guests of the section were invited to a tea break at the Laboratory. Thanks to informal atmosphere the participants learned about projects and research interests of each other and agreed about a joint seminar.