I Know Some Nobel Prize Winners Who Refused to Participate

Daniel Alexandrov, professor of the Higher School of Economics, told us why the state should finance social sciences and who has a chance to get this money.

Interview with professor Daniel Alexandrov for Slon.ru. Professor of the Higher School of Economics, told us why the state should finance social sciences and who has a chance to get this money.

The Russian state was never really interested in social sciences. It rarely commissioned social research just in case it discovers something unexpected about the state itself. Now when we hear about recent capital infusion in academic field, practically never it has something to do with social science. Actually, the scholars themselves are not very active.

Lately, the first winner’s list (of 40 people) of the federal grant program was published. Russian Ministry of Education and Science allocates up to 150 mln rubles to universities if they create competitive laboratories headed by world-known scholars. Only one out of 40 winners is a representative of social sciences.

Co-author of this application, professor of The Higher School of Economics at St.Petersburg Daniel Alexandrov, told to Slon.ru how they managed to get this grant of 140 mln rubles (about $4.5mln) for creating a new laboratory, why some international scholars refused to participate in this contest and what retards the development of social sciences in Russia. 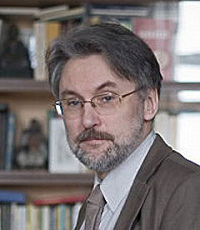 – What will the new laboratory focus on? What are its main goals?

– This laboratory will be focused on comparative social studies. My favorite expression regarding it is that many people believe that Russia differs much from the other countries and like to talk about it, but only a few are able to calculate the difference. Ronald F. Inglehart (the head of the laboratory, American professor of sociology from the University of Michigan – Slon.ru) knows really well how to do it.

Our main goal is to build a network project of comparative studies that should help us not only to understand the place of Russia in the world. We also badly need fundamental research of the internal Russian systems and institutions as Russia is a very diverse and huge country indeed.

– Does it mean that future research will develop Inglehart’s modernization theory in general?

– That’s right, but this is not the only project. First of all, we have our own various ideas about ethnicity, migration, nationalism and religion that are based not only on Inglehart’s modernization theory. For example, the paper of my colleague professor Eduard Ponarin is given to interaction between ethnicity, nationalism and religious movements in Muslim regions and countries including Turkey. We have many regions with predominance of Islamic culture and we have to interpret the processes there in view of Inglehart’s modernization theory. We are interested in exploring and analyzing pan-European processes in this sense and the place of Russian regions in these movements.

Moreover, this laboratory tends to become an incubator for the new trends of comparative studies in Russia. We cooperate with many foreign colleagues and we form several comparative projects that concern the problems of migration and education. We also have extended research of migrant children in Russian schools.

– Will the laboratory cooperate with any other universities, for example, with the European University at St. Petersburg?

– Yes, of course. The laboratory will cooperate with different universities. Eduard Ponarin teaches and plans to continue teaching at the European University (EU), he has several Ph.D. students there as well as I do.

We have been fruitfully cooperating for a long time with the EU. This is one of the core ideas of the laboratory to create a network of associated researchers. We invite people who might be working for various organizations but will be able to participate in our projects. We want these people to represent different age groups and academic levels. I mean young scholars as well as postgraduates and master students. They are supposed to come to our seminars and summer schools, to participate in our projects and to take part in foreign meetings and conferences.

This laboratory will be kind of a “hub” for interaction of international scholars and those researchers who aspire to participate in this or that project. The laboratory is planned to work as a network organization.

-  Among 40 winners there is only one project that represents social sciences. Does it mean that there are no competitive schools in this field in Russia nowadays?

– The thing is that it is fairly difficult for sociologists to compete with physicists and biotechnologists in citation index, H-index, the level of international renown, etc. At the same time, there are some severe requirements about these grants.

For example, the head of the laboratory is supposed to spend at least 4 months a year in Russia, which is generally right but tough. I know some outstanding scholars including several Nobel Prize winners who refused to participate when this requirement appeared. They said that it was ok to spend 2 months in Russia but 4 means that they have to take a semester off in their university which is unacceptable.

Inglehart, on the one hand, is one of the leading scholars in his field in every respect including citation index. On the other hand, for many years he organizes distinguished global projects in science. Organization of international projects is a matter of great significance for him; that is why he sacrifices one semester at the University of Michigan to come to here. His aim is to create an international research centre in this period where other scholars will come. This is a lucky coincidence.

I am sure that now when people will see that this grant program is not a fake, some other highly esteemed scholars will consent to come to Russia. These are network relations: one tells to another, some researchers follow the others.

It is extremely important for the whole project that my colleague Eduard Ponarin took doctor’s degree at the University of Michigan in 1996 and has been acquainted with Inglehart for more than 15 years now.

It happened so that professor Inglehart wrote a letter to Eduard last winter where invited professor  Ponarin to cooperate in his studies. That’s how it all has started. It not accidental but obligate: if you have a crystallization point, one day you get a crystal.

In the leading technical universities of this country there are some scientists that had been working in Europe for 15 years and then came back to Russia as they found out that they can get profitable Russian and international contracts here. It is not that well developed in social sciences, but the process is already under way.

– Does the absence of “nano-” prefix obstruct the development of social science? Everybody is talking only about the importance of technology.

– Economic studies are relatively well financed in Russia comparing to other fields. The state pays attention to them. Applied studies are of importance: economic, sociological, marketing… The problem may be as follows: some market segments (especially regional) are captured by monopolists who are not interested in inviting foreign scholars.

– Are they afraid to lose their positions?

– Definitely. Methodological level is not very high here at average, if we take statistics, for example. But there are some perceptible changes such as Kazan where researchers after they earned Ph.D. degree work successfully. Except for Russia, I know that some scholars return from abroad to Astana, Kazakhstan where they get proper conditions and are well-paid.

– NES (New Economic School), the European University and the Higher School of Economics (HSE) are geared to invite colleagues with foreign experience and degrees, to return colleagues from abroad and to send students to the leading international research centers. Smolny College of St. Petersburg State University works in the same way.

– What do we lack in Russia for the development of social sciences?

– We have all the branches and specialties, but we positively need better theoretical and methodological quality. Our economists lack knowledge of econometrics; our sociologists have no good command of professional statistics. We also lack comprehensive empirical data and its theoretical evaluation.

For example, in Germany they have a huge authoritative socioeconomic panel on which the scholars base their research. We have only one panel in Russia known as RLMS that is fairly good but three times smaller than in Germany in respect that our country is much larger. That’s it. We have all the major trends. But we vitally need more proficiency and more serious work.

– What kind of social science does the state need nowadays?

– The state needs everything I was talking about. Actually, all the different segments of the apparatus are in urgent need of reliable information about the number of draftees, labor power location, situation in colleges, police activities etc.

This research is highly-sought. All the scholars who are able to make research of international quality are increasingly in demand, like Vladimir Gimpelson and Rostislav Kapelushnikov – labor market specialists.

But their work suffers from the lack of data. In many countries census data is high-grade and some part of anonymous information is provided to the researchers. This is an amazing body of data.

Our census is practically classified and I suppose it is of poor quality. There is nothing valuable there to declassify.

– It is said that Federal State Statistics Service of Russia promised to partly disclose recent census data for the researchers.

– Are there any prerequisites now for creation of the new panels?

– We have experience in this field and professionals who can do it well. It seems to me that the economic crisis affected everybody. Now the state and business are not flush with money. But new panels are demandable, we have competence and the state is ready to finance significant projects. So that is why I suppose that these panels will be created soon.

We all understand that new data and new panels are of vital importance. This is not only my opinion; my colleagues from NES also insist on that, Slon.ru has written about that not long ago.

– The centre is being created in the Higher School of Economics. Does it mean that now it’s hardly possible to launch a new independent centre such as European University at St. Petersburg or the New Economic School?

– The possibility that some new universities will emerge now is not very high, but it has nothing to do with these grants for the Higher School of Economics. The reason is that the epoch when the new organizations arose here and there, and everybody was taking as much freedom as he could is over.

People, and especially scholars, are likely to join existing institutions not to invest too much effort in launching the new ones. In the 90s in Russia there were no world-class universities and the trend to create new platforms was intelligible. In that time The European University, The New Economic School, the Moscow School of Social and Economic Sciences and the Higher School of Economics appeared.
After they had appeared, all the following researchers find it easier to create their own centers in these established universities. Why should one launch a new university if there are some good ones where many talented scholars work? It is very natural and logical. It is more interesting for the most scholars to work in their field and not to spend their time for administration.

In St. Petersburg the researchers are likely to join the European University, in Moscow they would choose NES or one of the competitive state universities.

Scholars in general prefer to teach talented students accompanied by highly professional colleagues and to work on their papers than to launch big projects (such as universities) starting from the null cycle.